Truly this is a fool's errand.  I've no idea what I hope to accomplish.  Sometimes the spirit provides guidance on how to get to where you wish to be... other times, it simply says, "get off the couch, loser, we're going somewhere."  Pointless to ask where or why.

I have no illusions that I can somehow encapsulate who Martina was with words.  I knew her only a portion of her life... but maybe I got to see more facets than most.  She was complicated... intricate...  a life force shining through adversity and damage.  Our relationship was karmic and disruptive.  It is not a path I would have chosen for myself if I had been able to see fully how it would have unfolded.  But isn't that how life provides some of its most meaningful gifts?

I first met Martina over ten years ago when she joined our Diamond Approach Group here in Atlanta.  We would do work in small groups where an individual would bring up whatever was unfolding for them at the moment... usually it would be something causing distress or pain.  The teacher would then facilitate "the work" - an exploration of the topic to try and reach a better understanding what was arising.  Technically, I should not be sharing this, but I'll bend the rules a little here.  The first time I listened to Martina do the work, she was dealing with the grief of losing her pet rabbit.  Martina had a menagerie - several dogs and cats and now a rabbit.  All the animals were one big happy family until that one fateful day she came home to find her pug, Oscar, gnawing on an object that turned out to be a rabbit's foot.  Martina was distraught.  My initial compassion-filled reaction was the thought, "A rabbit? Really???  You have GOT to be kidding me!".  I later learned the depth of the bond Martina would form with her animals... and why. 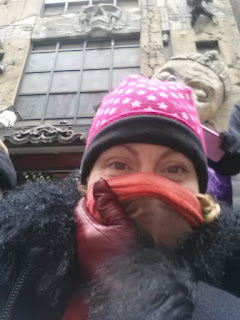 Martina and I developed a friendship that was way too energetically charged.  I absolutely positively had no interest in exploring any of that.  Having experienced chaos in my life previously, I had no taste for any more.  Martina - as I would soon learn - was much less interested in boundaries or why things "can't/shouldn't" be.  We managed to keep our friendship between the rails for several years but eventually gravity always seems to win.  There's a story here that I'm really not up to telling at the moment.  I ended up leaving a marriage.  I made many mistakes.  Looking back, there is much that I wish I had done differently, and I regret the damage and harm that I caused.  But even with all of that in the rear view, I know that I ended up where I needed to be.

Martina was a force of nature.  She sometimes could emanate more life energy than a Tesla coil.  Many people found that attractive... including me.  Now that she's left us, I'm even more aware of the absence of her energy...  I can now sense the crater where she used to be.  There are many stories that could be shared about Martina. Some are best left untold.  She once got a DUI speeding across the Golden Gate Bridge with a cocktail between her legs.  That's one of the tamer ones I can share.  But I'll leave the telling of tales and adventures to others. 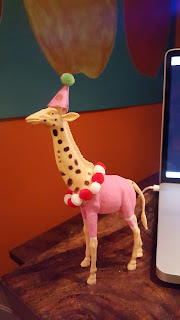 Martina had a gift and passion for creating spaces.  She loved collecting interesting found/free/near-free objects and then finding ways to incorporate them into rooms and parties.  Our home was covered in found/free/nearly-free objects.  It wouldn't be unusual, when a large event was coming up, to find her collecting and "borrowing" sections of our household.  Almost anything within reach was fair game.  We had piles and boxes filled with things that, to me, served no good purpose.  But what spaces and wonderful happenings she created... a magical children's craft tent at the local neighborhood festival... a New Year's Eve party that is still talked about today... or just the places where we lived.  I think she found joy in the simple act of placing and arranging objects.

She loved and had a special relationship with children... which was paradoxical for someone who - at least in the early part of her life - never wanted to slow down long enough to raise kids.  And there are more than a handful of children past and present who are feeling her loss now.  One of the many paths she left unexplored was to become an art therapist for children.  That would have combined three key aspects of Martina:  connection with kids, love of art, and her own trauma.  Possibly one of the most heartbreaking things that she ever shared - once we knew that her life would end prematurely - was the sorrow from knowing that she would never have grandchildren.

But where there is great light, there will also be great darkness... and that was very true of Martina.  Please know that I have no intention of performing an emotional autopsy... but I do intend to honor her here with truth.  She was a very real human being filled with colorful broken pieces and razor shards that could easily cut you... and just as easily be arranged with light into the most beautiful kaleidoscopic images. 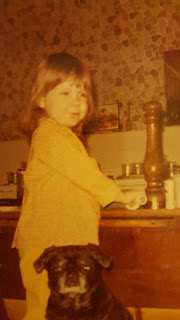 Martina was a victim of childhood trauma.  That fact colored and shaped her entire life and those demons were never fully vanquished.  When I met her, she had been in AA for a number of years and accurately described her alcoholism as a slow form of suicide.  We met in a group focused on self-work and exploration where she was actively unpacking her past and learning how it was influencing her present.  Truth be told, she followed a "crush" into the group... but... someone else can tell that story.

I knew Martina was special when I first met her.  She was different and had a unique energy.  I also realized soon enough that I had a way of reaching her that others did not.  She let me into interior rooms that were off limits to everyone else.  Later I would realize how that limited her.  There were many people who loved Martina... but she had almost no close enduring relationships.  It was easy for her to give love and support... much harder for her to receive it.  She was very private... and became even more so in the last months of her life.  It was difficult to watch so many of our friends and loved ones reach out only to receive silence in return.  I never suffered under any illusion that I could "heal" her emotionally, but I had hoped to be part of that process in any way that I could.  And that never came to pass.

Being in a relationship with Martina was never "normal"... I'm not so sure I know what that word means any longer.  Even in healthy times, there was always a "what if" or a "why not" as to where we were going.  It was exhilarating and intoxicating and often very scary.  Although I didn't find Martina to be any more or less fallible than most, she was very much open to taking risks.  I learned early on that a red flag went up whenever she uttered the words, "you have to trust me on this".  Having Martina for a partner was akin to having a storm fall in love you.  Ever had a storm living in your house?  Or maybe it was like having one of the Greek Olympians decide that your were their favorite.  Sound inviting?  Go read the Odyssey again and see how Athena treats Odysseus.  She loved him fiercely but was sometimes less-than-helpful on his journey home.  You really don't want a god/goddess being less-than-helpful in your life. 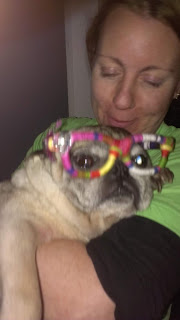 As I write this, I realize that I'm thinking in terms of a musical composition... bold opening statement,   thematic consistency, development of one or more musical "problems" with resolutions, highs and lows, joy and pathos, and then a thrilling and satisfying final movement.  Here, there will be no "thrilling and satisfying final movement".  Martina's life was cut short.  The composition will be left unfinished.

I've spent much time over the past months unpacking our relationship.  There is much hurt and resentment that I am learning to give up.  In its place, I'm finding gratitude for all the lessons that she taught me... how to "let go" and live in possibility... how unwanted objects can become special and meaningful... the importance of proper lighting... and how darkness can be beautiful.  She taught me what it was like to live with trauma and PTSD... and how to have compassion for both the victims and perpetrators.  She taught me how to forgive.  In the end, she taught me so much about death and dying.  And even when I'm not in a place of gratitude, all I need is to look in the eyes of those who have known and loved her to remember the imprint she left on so many hearts.

She also kept badgering me to explore my writing abilities.  I resisted... too many pressing matters... not enough time.  Okay, honey, you win.

Every time I try to close this, I think of ten more facets of the diamond that I really need to describe.  Like I said at the beginning... a fool's errand.  Likewise, I'll never be able to encapsulate Martina in a song.  In fact, I can't even choose one to end this... so I'll share two which sort of begin to evoke her for me:  the amazing Molly Tuttle followed by Poltzie.