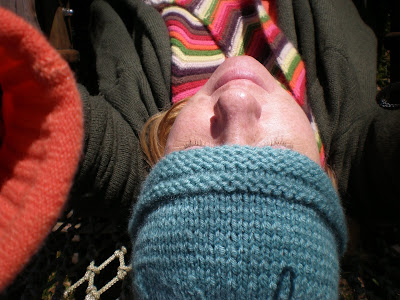 This being human is a guest house.
Every morning a new arrival.
A joy, a depression, a meanness,
some momentary awareness comes
as an unexpected visitor.
Welcome and entertain them all!
Even if they are a crowd of sorrows,
who violently sweep your house
empty of its furniture,
still, treat each guest honorably.
He may be clearing you out
for some new delight.
The dark thought, the shame, the malice.
Meet them at the door laughing and invite them in.
Be grateful for whatever comes.
because each has been sent
as a guide from beyond.

((Thoughts captured on Monday 6/10/19:  So much of the past ten days is a blur.  But I sense that something significant just happened... at least... that's what I hear reflected back.  And I have an awareness of being swept up into something much larger than me... at least... larger than what I think of as me.))

This will not be about Martina.  She's transitioned beyond the event horizon and taken on a form that is unknowable to me.  I do feel her presence, but her affairs are her own and I need not concern myself with her journey.  This is about the rest of us.  The ones still living in these bodies on this planet facing our own inevitable mortality. 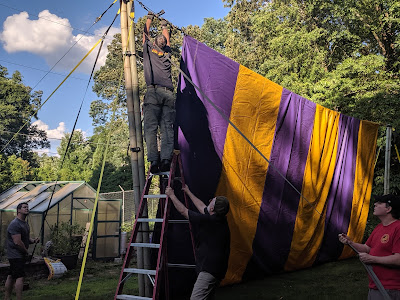 Before her passing, I knew instinctively that I would do something to honor Martina.  It would be, in part, for me, but mainly for the community in Atlanta that had held her even as she relocated to Maine and ceased most communications beyond her family.  None of this would be done for the dead.  I really doubt that they have much investment in their legacies and memorials.  But it is a different situation for the living.  Rituals are one of the ways that we evoke the shared stories that bond us together in our community and our culture.  So with that intention, I began a process... but I wasn't prepared for what would unfold.

Bear with me because I'm going to subject you to a love letter.

This is to my beloved community... my tribe, my brothers and sisters, my chosen family.  These are the people who form the web of support in which I live.  It is something that have I taken less and less for granted over time.  I sometimes refer to it as "not normal" simply because I rarely encounter a group dynamic like this.  My kids think we're hippies.  We break bread together.  We make music together.  We share each other's joy and grief.  I'm not quite sure how I ended up here... how I came to be part of this, but it sustains me and helps me to believe that humanity may be redeemable after all. 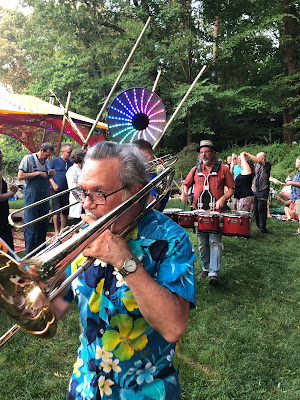 I began the journey by reaching out to a small group.  They all immediately agreed to help and we together created a shared vision.  From there, others were brought in... each bringing something unique to the collaboration.  No one demurred.  No one was too busy.  Our stone soup was beginning to simmer.

Often an event like this is led by a visionary who takes control and shapes the project.  That was Martina's work method.  Not so here.  A community came together and created something much much larger than the sum of its parts with no single individual directing the flow.  And their hearts shown brightly in the efforts.

I'll share a story of the tiny magic that I often witness.   I find this to be both so special and yet so common within our community.  For me, it is a perfect illustration of what we have created (or what has been created on our behalf).

We held our final music rehearsal Wednesday before the celebration.  It was also the first rehearsal with all the musicians in one place.  Beth and Yoshi had stepped up to do a number in Martina's honor.  They had chosen a Liz Phair rocker with Beth on lead vocals.  Now, I have listened to enough Liz Phair to expect that this could have been challenging.  Liz has a decent range and likes to go from growling in the low register to screaming high notes.  I was curious to see what Beth was going to bring.  And... regrettably... it was weak.  It was underrehearsed.  I wasn't sure if Beth had ever attempted it without the recording in her ear or if she had tried it in front of a live mic before that night.  And believe me, I empathize.  I know what that feels like. You can hear how you sound. You can hear all your mistakes.  You want to crawl into a hole.  And the more intimidated you feel, the more you back off and then the worse it gets.  Vicious cycle. 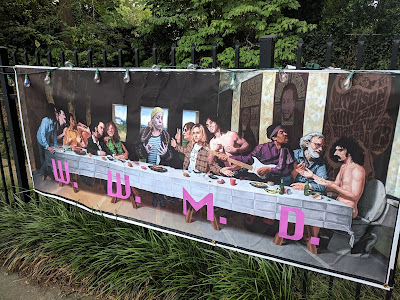 My first instinct was to euthanize this poor animal to end the suffering.  I really didn't care how it would be received on Saturday.  I was worried with how this might end up making Beth feel, and I did not want that experience for her.  So I walked towards the rehearsal space.  Beth was ready to cut the number.  Yoshi was ready to cut the number.  But I did NOT want to be the deciding vote that killed this.  I very much wanted this experience and the celebration to be by and about the community.  So I paused and watched.  And that's when the magic started happening.

Kelly was the first one to say, "No! No!  We can make this work!".  So people stepped in and figured out the harmony vocals.  Then some more people stepped in to double Beth on the lead.  Instrument parts got tweaked.  Next thing I notice is Beth adding hand gestures in the chorus and the singers are picking up on that.  What was close to death was suddenly coming back to life and becoming something truly special.  I am so proud of them for what they brought to the celebration.

And it wasn't until after the celebration that the significance of that evening really dawned on me.  Because, you see, they all did the exact same thing for me some 10 months ago.  I came home from Maine alone... underrehearsed and lacking skills and confidence.  My tribe was there adding the harmonies and doubling me on the melody and supporting me in so many ways.  And that continued as we collectively created this celebration.  So much love went into what we did together... and then we gave it all away that Saturday night. 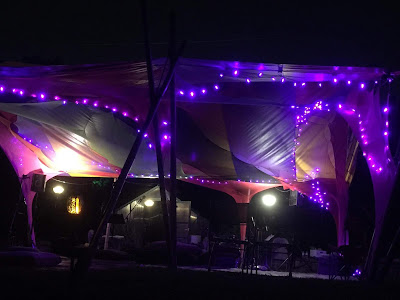 One of my most heartbreakingly beautiful memories was Dale losing it to tears as he struggled through Warren Zevon's Keep Me In Your Heart only to have the crowd join in to help him finish it.

The evening for me was a blur of sounds and images.  I couldn't judge how it was going.  I spent much
time fussing over the program flow and trying to keep things moving.  But later I found out.  It was in the expressions on the faces I encountered.  It was the friends who hugged me goodbye only to be seen still wandering the celebration an hour later.  It was the imprint that was left on the hearts that night.  We had done well.

How did I feel?  I felt numb.  I was relieved and happy... but couldn't tell you how I had been affected by it all.  Days later I realized what that night was for me.  That evening was a closing of the books.  All debts forgiven and erased.  All assets liquidated.  And I didn't know how to feel about that... about closure... about an ending.  It was bittersweet.

More than once, friends walked up and told me how we should open our own event planning business.  I just laughed and shook my head.  This was never about and never could be about making a profit.  This was about love... making it, finding it... and then giving it all away.

I hope you liked it, babe... because you shown through so brightly in everything we did.