Emotions in the Wild

It struck me the other day that I really needed to come clean on something.  If you believe that I'm writing this for your benefit, then you're fooling yourself.  I'm writing all this for me!  Sounds pretty selfish doesn't it?  The truth is that organizing my thoughts, seeing them on paper (or in pixels) helps me feel more grounded.  Articulating my observations and emotions and beliefs gives me a safety bar to grab onto when the ride gets too intense.  If I come across as some sort of Zen master flowing with grace and poise through the carnage, don't buy into the illusion... think more like Shelley Duval in The Shining. 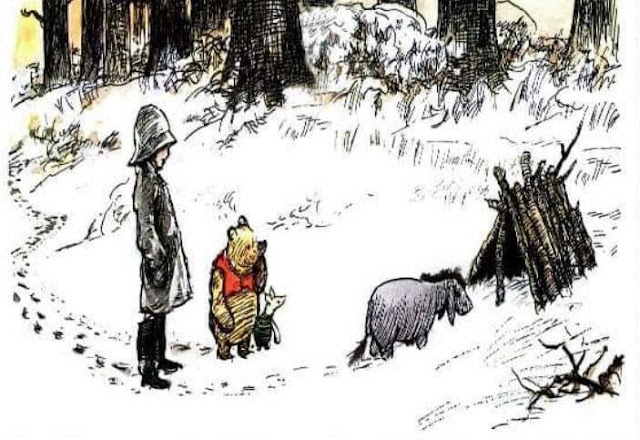 A Taxonomy of Feels

I'll confess at the outset that I'm not totally sure where I'm going with this.  So if I end up wandering around aimlessly, you've been warned.  But the ruminations on this topic keep recurring so I guess it's time to release these hounds.  Here's to a good hunt.

There are ways one can react when bearing witness to another's suffering or misfortune.  There are feelings that will come up.  I've found it useful to pay attention to those feelings and try to discern the truth of the emotion.  It has also been enlightening to pay attention to how others respond to me and my story.

I'll dive in by attempting to define some labels that we use for emotional responses.  Some of these terms have vague or confusing meanings in common use.  This is how I personally view and use them.  It may not align with your understanding or with a dictionary definition, but it will help me to convey a few thoughts.  Also, please know that I'm not making value judgments  here.  My viewpoint is not the "correct" one, and it's not better to feel one emotion over another as each has its place.

Pity:  Pity is the awareness and acknowledgement of another's suffering with little to no emotional response.  When I watch a nature show where a predator animal is hunting, I can feel pity for the prey.  But I recognize that what's occurring is a necessary and natural part of the cycle of life.  However, I realize that others may have a different or more intense emotional response to watching the same events.  Seeing how your responses differ from others is a pathway into learning more about yourself.

Sympathy:  Sympathy adds emotional content to pity.  It's a recognition of another's predicament accompanied with sincere concern for them and a wish for the situation to improve.  It's sometimes described as "feeling sorry for someone".  That carries more that a little judgement for me so I tend to avoid that definition.  There is an overwhelming amount of suffering in the world that we bear witness to every day:  war zones, famine, oppression.  It is hard to experience that - even from afar - and not have some level of sympathy arise.  Although sometimes I am conflicted about it, I do appreciate the sympathy expressed towards me.

Empathy:  Now we're getting deeper into the emotional wilderness.  Empathy is the capacity to experience (or imagine that you experience) another's emotions and point of view.  It is an innate ability that we all possess - some more than others - and it is critical to our capacity to live in and cooperate with groups of people.  But bear in mind that empathy is not on a spectrum with other emotions.  One can be sympathetic but not empathetic (care but not truly understand) or possess empathy but no sympathy (which is one of the traits of a sociopath).

Also empathy is tricky and value-neutral.  I believe that it's an important capacity to cultivate.  But it can also lead to trouble.  Being overly empathetic to another's issues can cause harm.  Most healers and therapists that I know are very empathetic people.  But they have to learn how to manage that and set boundaries.  My chiropractor once talked about how, when first starting her practice, she would find herself absorbing the problems of her patients and actually getting sick.  I was having coffee with a friend and conversing about my current state of affairs.  He made the observation that while he could empathize with me, he did not wish to because of how that would cause him to feel.  That may be a bit extreme, but I understood (empathized) with his boundaries.

I've found that as my capacity for empathy grows, I notice blind spots or edges in my field - places where empathy fails me.  And I'll share an example:  I have difficulty empathizing with trans people.  I can get what it feels like to be living in the wrong city, or working at the wrong job, or in the wrong relationship, or even with the wrong sexual orientation.  But it is difficult for me to grok what it must be like to exist in the wrong body and as the wrong gender.  I don't have anything close to a frame of reference for that.  I'm not even sure I could articulate what it "feels" like to be male vs female.  Now, my difficulty empathizing in no way negates the other person's experience.  Simply because I can't bridge that gap does not mean their experience is invalid or delusional (I'm afraid some of us fall into that trap).  Furthermore, I know what it's like to be an outsider, to not fit in, to be viewed as different/not one of us, to think that there's something wrong with me.  So even though I may not be able to fully grasp the experience of a trans person, there still can be common ground to walk.

Compassion:  And then we come to the heart of the wilderness.  Very misunderstood (in my opinion) yet one of the fundamental traits that makes us human.  It's presence is vital to our communal survival and the lack of it has facilitated some of the most horrific events in our history.  So what is it? Again, my definition...  it is sympathy merged with empathy (or an aspiration towards empathy) that gives rise to a desire to alleviate suffering.  Simple, right?  Maybe not so much.

Some would frame it as a "desire to alleviate suffering in others".  I disagree.  I would opine that compassion for yourself is a prerequisite for experiencing compassion towards others.  Physician, heal thyself.  Too often we would rather focus on the pain of others than look deeply into our own experiences... our own suffering.

Also, the phrase "a desire to alleviate suffering" should not be confused with a requirement to take action which - if compassion is not paired with wisdom and care - can actually result in greater suffering.  There are stories of Allied soldiers in WWII finding starving survivors in the Nazi death camps and feeding them from their rations only to witness them die because the shock of the food on their system was too much.  Conversely, there are times when not acting would reveal a complete lack of compassion such as failing to stop a toddler from wandering too close to the edge of a pool.  But the point here is that compassion is not necessarily action or "doing".

One insight that I've gained in working with compassion is that, unlike empathy, it often manifests the quality of protecting those who experience it from emotional harm.  To be fully present with suffering... open, still, and aware... and experience compassion is to walk thru fire and emerge unharmed... maybe changed, but unharmed.

And now we come to the mystery... to the alchemy of compassion.  Combined with presence, compassion in and of itself can be transformative.  It has the potential to alleviate suffering even when the underlying cause may remain.  It has the capacity to help with opening up to past traumas and facilitating healing.  It is the secret ingredient in good talk therapy and numerous healing practices.  Compassion gives us a way to realize the truth:  that we are actually not distinct and separate individuals, but deeply connected and part of something greater.

Okay... that went a little deeper than I thought it would (shake it off... shake it off).

A dear friend currently wintering in South America shared this story on Facebook.  The timing for me to receive it was... well... from my perspective... not random.  It is a sublime example of the nature of compassion.  I hope you find it meaningful.

It occurred to Pooh and Piglet that they hadn't heard from Eeyore for several days, so they put on their hats and coats and trotted across the Hundred Acre Wood to Eeyore's stick house. Inside the house was Eeyore.

"We just thought we'd check in on you," said Piglet, "because we hadn't heard from you, and so we wanted to know if you were okay."

Pooh looked and Piglet, and Piglet looked at Pooh, and they both sat down, one on either side of Eeyore in his stick house.

Eeyore looked at them in surprise. "What are you doing?"

"We're sitting here with you," said Pooh, "because we are your friends. And true friends don't care if someone is feeling Sad, or Alone, or Not Much Fun To Be Around At All. True friends are there for you anyway. And so here we are."

"Oh," said Eeyore. "Oh." And the three of them sat there in silence, and while Pooh and Piglet said nothing at all; somehow, almost imperceptibly, Eeyore started to feel a very tiny little bit better.

Because Pooh and Piglet were There. No more; no less.